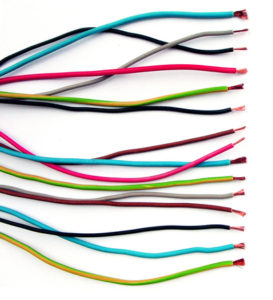 The Canadian technology industry has skyrocketed in recent years, surprisingly in stark contrast to the slumping economy. Tech stocks have outgrown all other industries in the Toronto Stock Exchange, and the value of all these stocks amount to a whopping $250 billion. There’s no doubt that Canada’s tech industry is on the rise and is presenting potential investors with amazing opportunities. In addition, Canada’s traditional natural resources industries are still struggling to survive after the recession. Therefore, some investors have no choice but to put their money into the booming tech industry.

Investing in the Tech Industry

Unlike in the past, Canada’s tech industry is powered by a slew of start-ups, the numbers of which grow day by day. Because there are so many start-ups, the number of venture capital firms in Canada has also grown to fund these ambitious projects. For the average investor, however, it’s difficult to get involved with a venture capital fund to invest in a promising tech start-up.

There are three ways the average Canadian can invest in the tech industry: buy tech company stocks using personal funds, donate in return for shares on a crowdfunding project for a start-up, or to directly funnel money into the launch of a new start-up. Whether you decide to become a primary investor or to buy stocks, you will need a good amount of capital to begin.

The initial investment for a tech start-up can vary, but some can require up to $10 million in initial capital. This is a hard number to reach for the common investor. Normally, most casual investors do not have funds this large. Therefore, most average persons who want to invest in tech start-ups end up borrowing money.

How to Borrow for Tech Investments

There are two popular ways to borrow money to invest in tech companies:

HELOC—Often referred to as a second mortgage, HELOCs allow homeowners to borrow money against the value of their home. Borrowers can become eligible for up to $100,000 or more home equity line of credit. Borrowers can take out an amount monthly, like with a credit card, but for a period of time. The borrower needs to repay the entire amount due when this time limit is up. See list. Because borrowers don’t have to repay a HELOC on a monthly basis, they can invest the HELOC funds and repay the initial loan with the returns.

Credit Card—Credit card is another popular and convenient method to borrow money for investments.  While they won’t allow large sums to invest directly in a start-up, credit card funds can be used for small investments. For example, borrowers can buy stocks each month, as long as there are returns the following month. Borrowers must be aware that credit cards come with high interest rates, so this option is only recommended for those with a sufficient existing income to pay the credit card bills each month. See list.

When borrowing money, it’s very important to weigh the value of the amount borrowed against the returns. Otherwise, borrowers will only sink further into debt.

Is Borrowing to Invest Wise?

When an investor borrows the capital, it’s called leverage. To profit from the leverage, the returns from investments must exceed the amount due including the interest rate. Considering the volatility of the markets, borrowing money to invest in anything is obviously risky.

While this risk is a prominent con, there are many benefits to borrowing money to invest in tech companies too. Borrowing money can pave the way for young investors to enter the tech industry, as sources of funding are severely limited for this group. Investors who are short of cash right now, but will have enough income later, can borrow money and invest without having to pass up on a good opportunity.

Borrowing money for investing is not generally recommended for those who are currently in debt. If you do so, the returns from the investment must exceed the balance plus interest for your entire debt, not just the amount you borrow. 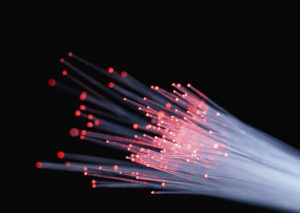 The technology sector is one of Canada’s fastest growing industries. Canadian industries have traditionally depended, and lucratively capitalized, on the country’s rich natural resources. The 2008 recession, however, sent the natural resources-dependent businesses into freefall. Canada is still recovering from the economic downturn, and many oil and natural gas businesses still struggle. On the other hand, Canadian technology businesses have thrived even in the slumping economy and have outperformed all other industries in recent years.

“Silicon Valley of the North”

The surprising success of the Canadian tech industry had led many experts to call it Canada’s next industrial powerhouse. Since early 2013, the tech industry stocks have grown faster than all other stocks in the Toronto Stock Exchange. As of early 2016, Canadian tech and innovation stocks amounted to more than $250 billion. The trend is still on the rise. Last year alone, over 50 new tech start-ups have gone public in the Toronto Stock Exchange.

The industry landscape is also changing; rather than the sector being dominated by one or two companies, like Blackberry in the past, the landscape now is more varied and even, with many small start-ups and multibillion dollar giants. Like the famed Silicon Valley of Canada’s southern neighbor, the industry is showing signs of a healthy “start-up culture.”

Independent analysts say that Canada’s tech sector will only grow stronger in the coming 5 to 6 years. Some believe the tech industry will be able to offset the thousands of job losses caused by the recession, and uplift Canada’s economy once more.

Canadian politicians have adopted developing the tech sector as one of the prime goals of reviving the economy for the long haul. The ruling Liberal party has placed special emphasis on technology, science, and engineering sectors in their $1.5 billion budget plan. The main opposition, the Conservative party, has also promoted investments in scientific research. In addition the New Democratic Party has supported increasing financial funds for space tech companies.

The Canadian tech industry is largely re-emerging. It first achieved  a nearly frenzied growth in the 1990s, then became a bubble, and eventually burst. Many large tech companies at the time, like Nortel, went under. Industry analysts believe that this time around the situation will not escalate into a bubble, largely due to the start-up culture. Small tech companies are proliferating in the market, so the chances are low for a behemoth to go bust and doom the entire sector, Canadian analysts say.

BlackBerry—An iconic brand and once one of Canada’s biggest companies, BlackBerry may not be as glorious as it once was, but it’s still a notable player in the sector.

Shopify—An e-commerce company based in Ottawa that is on its way to becoming a well-known brand worldwide.

Shoes.com—A popular retail website on its way to a highly anticipated IPO later this year.

Wiivv—An ambitious bionics company. The founders were featured in Forbes’ 30 under 30 list this year.

Slack—A powerful messaging app going toe-to-toe with giants in the field like Snapchat.

Figure 1—A sharing software for medical professionals known as “Instagram for doctors.”

This site was made possible by creditcardfaq.ca